Black Children And Technology In The 21st Century.

Watch The Black Children And Technology In The 21st Century Video

Recently a friend and I had a discussion, regarding a very interesting subject, which led to another subject that has not been explored enough recently, Black children and technology in the 21st century. This article DOES represent the views of staff at Ebony Directory.

Smart Phones and Social Media, And How They Impact Black Children And Technology In The 21st Century.

The background story.
A friend of mine recently witnessed a fight between two elderly men.
While he and another tried to stop the fight, others just watched, made jokes, encouraged the two men to continue fighting, and some stood by and filmed the fight with their smartphones, with the intention to later post the top-selling, blockbuster movie of the year (joke) onto social media.

My friend commented that filming a fight in the street, and posting it onto social media, could not have happened 10 years ago.

I thought and said "Yes it could".
He disagreed and said, "Maybe you could have, but everyday people could not have".

The implication there was, because I've been into technology and communications for a long time, only people that were into that 10 years ago, were the only people who could have done that.

The discussion went on for some time, and I decided to find some evidence and proof that supported my view, everyday people had the ability and equipment, and the global infrastructure was in place, for a video to be filmed from a smartphone and be posted onto social media, back in 2008.

This article was born from that discussion, as I thought of how many people simply abuse or waste the technology, that is already in our hands. I also realised, that we as a race are still overlooking the potentially highly successful future, that stands ahead of us if we choose to nurture our children towards building, creating with and overstanding, the new technologies that are available today.

If you would like more information, on technology courses for your children or yourself, THAT CAN TURN INTO A HIGHLY PAID CAREER, have a look at:

By the year 2000 AD smartphones were already available, and Social Media in it's modern guise, had been around since the early 1990's.

The modern meaning of "Social Media", actually includes any form of digitally based communication that is easily accessible, and can be interacted with, by a large number of people, who can share various forms of media including text, pictures, video and voice.

Because of the cost of smartphones, in the early part of the 2000's, not many people could afford them.
So most of the users were business executives, or other people within organisations who generally were in need of such advanced technology, so the devices were often paid for by their companies.

But by the mid 2000's, they had become affordable to a large number of people, around the world.

Some of the manufacturers included HTC, Palm, HP, R I M / Blackberry, Dell, Nokia and Ericsson.

This picture is of the 2008 - “G1 with Google”, which featured many Google applications, including Gmail, Google Maps, YouTube and GTal

k. It was also integrated with the Amazon MP3 store, allowing users to easily buy digital music, and featured the Android store where users can browse, and buy new applications.
Source: Mac World.

Now if we consider the fact that when these phones were being released, some of the youngsters today were babies or not even born.

However they are the ones who have mastered the technology and many of us, whether we are new to technology or are veterans, are being taught by them. Here at Ebony Directory, we often ask the youths in our communities, how they use technology, and what they would like to see technology be able to do, in the future. Their answers are often very educational.

Social Media has become a vital tool to many of us, as have our smartphones.
The young people of today have not been immune from this, in fact they are the ones who have embraced these technologies more than adults, and the young spend A LOT of time using their smartphones.

Many people think this is to the detriment of their health and education among other things. However, we cannot ignore the fact that they are MASTERS of this new technology, and their mastery has come about through hours, days, weeks, months, years of hands-on, often self-taught, practice and study. We really ought to give them much more credit for what they have learned, and are continuing to learn.

As we are fully aware, the combination of smart phones and social media, can create a dangerous environment, so we must protect our youth at all times.

But are we also putting that same amount of energy, into encouraging them to increase their skills with their iPhones, iPads, Kindles and Androids as much as we encourage them to do maths, languages, geography, history and the sciences?

We ought to be. These devices will be a HUGE part of their future.

Have a look at the graph, to see how mobile devices are overtaking desktops and laptops for Internet usage.

If you would like more information on technology related courses, for your children or even yourself, THAT CAN TURN INTO A HIGHLY PAID CAREER, have a look at:

Look at these examples:

Karabo Matlali has been learning how to code, since she was six years old. 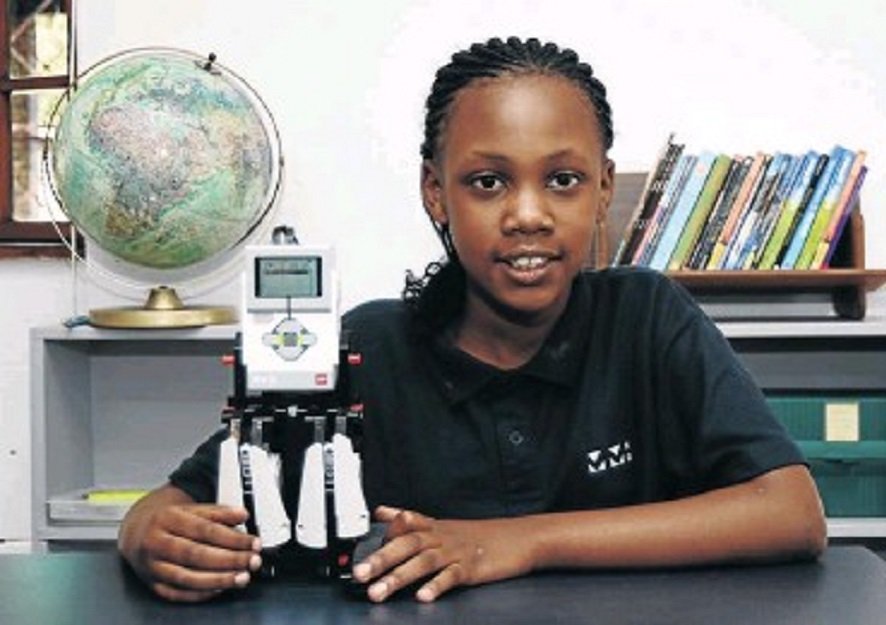 The Grade 5 pupil at Maria Montessori House in Four-ways, Northern Johannesburg, is now 10, and her love for coding has not only enhanced her skills in mathematics, but has also helped her to build and develop a moving robot.

There is also 15-year-old Amadou Diallo, who immigrated from Guinea in West Africa, two years ago and won a scholarship to attend New York University’s Tandon School of Engineering, because he created a video game and excelled in his computing classes. Although not a child, this young man Brian Gitta, from Uganda, has invented a non-invasive malaria testing device, named Matibabu.

If our children and young people are our future, and the future is undoubtedly digital, who best to forward our race, than those who were born into this technologically advanced world, and have gotten to grips with it, as if they were born with the computer languages already pre-programmed into them?
As Whitney Houston sang, 'Don't you know the children are the future, teach them right and let them lead the way.'

Please watch this short video from Black Girls Code with Kimberly Bryant, who was invited by Oprah Winfrey to receive a standing ovation for her commitment, hard work and outstanding efforts, to assist young black girls and boys to learn to master technology. She is a great example to us all, as she shows us what TRUE encouragement is.

Could The Fictional Country Of Wakanda, In The Movie "Black Panther", Be A Representation Of What We Can Expect, As A Result Of Nurturing Black Children And Technology In The 21st Century?

Many people have seen this movie, and have passed their own judgements on it, good or bad.
Without getting into the politics of the film, one thing that cannot be denied is that at least a few of us, wherever we are on this planet, can see a glimpse of how the black race could be living, in harmony with our environment and with technology, if we collectively and responsibly, harness the power and opportunities that technology has made available.

If you haven't seen the movie, and if you are interested in black children and technology in the 21st century, watching the movie Black Panther is a must.

Regardless of anyone's opinion of the movie, the fact remains that as a race we can, with the help of the children, become world leaders in this rapidly evolving world, that has many of it's advancements rooted in technology.

Think of what Steve Jobs achieved as 1 man with a vision.

He was able to have a vision of how technology could be used, and how it could be advanced in positive ways, without needing the worlds permission, to make these technological advancements.

We need to adopt that same mentality, of looking beyond existing perceived limitations, and give our children a chance to realise their hopes, dreams, aspirations and goals WITH our support and guidance.

Imagine how different this world could be, if we owned and led companies like Apple.
Imagine what a positive impact we could have on this world, and planet, if collectively we could build companies that impact peoples lives, and thinking, the way Apple, Microsoft, Facebook and Google currently do.

If you would like more information on courses, for your children or even yourself, THAT CAN TURN INTO A HIGHLY PAID CAREER, have a look at:

Thanks for reading or listening to this page at Ebony Directory.